Athens Creative is a design & management consultancy applying foremost in architecture and engineering. Over design management, is undertaking every challenge regardless of scale, through focused creative processes seeking high quality effective and consistent results.

We strongly believe that the quality of the built environment in any of its aspect can change the way people live, react, interact and feel. It should reflect the vision for the future instead of the ambition for the present. Therefore our work focuses mainly in the conception of space and its human impact. Grown up in the Mediterranean, our relation to natural light, volume, materiality and landscape is subconscious.

At Athens Creative we aim far more than architectural design, to any aspect of design that can shape our values.

Dimitris Anagnostopoulos [1948] is a civil engineer/consultant holding a degree from NTUA. He has extensive experience in all aspects of construction with specialization in the field of Project Management. He has personally been involved in the construction, management and administration of numerous and important projects, within a great variety of fields such as museums, hospitals, educational institutions etc. Notable ones are the Museum of Byzantine Culture in Thessaloniki, the new Acropolis Museum, the Foundation of the Hellenic World and the Zea Marina.  In the past, he has founded and successfully led project management and construction companies such as KION S.A.

Aggeliki Anagnostopoulou [1978] received her BA in Architecture from London Metropolitan University in 2000 and her Diploma in Architecture from the Bartlett School of Architecture, UCL, London in 2003. In 2000, she was the Bronze Medal Runner-up at the RIBA President’s Medals Student Awards, while her work has earned distinctions in international architectural competitions.

She has since worked for several architectural practices in Greece and has been involved in a variety of projects focusing on both residential and commercial design, participating in every stage of design and construction. She has also gained a wide experience in project and construction management, holding an active part in design validation, coordination and supervision in residential projects and large commercial developments. Since 2011, she ran her own architectural practice based in Athens, collaborating with a team of experienced designers and professionals of all expertise in Greece and abroad up until 2015 when she co-founded AthensCreative.

She enjoys experimenting with new ways of using spaces, materials, textures, light and colours regardless of the scale or the restrictions of every project, and she finds the impact that the “designed” elements (whether they are buildings, structures or details) have on the spaces between them, as well as the influence of the user just as inspirational as the architecture itself.

He is a licenced Architect in Greece since 2005.

Based in Athens since 2010, he ran his own practice through creative collaborations with a wide range of professionals, up until 2015 when he co-founded AthensCreative. His work has been granted distinctions in national and international architectural competitions and published in architectural exhibitions and publications worldwide.

He strongly believes that the quality of the built environment in any of its aspect can change the way people live, react, interact and feel. Therefore his work focuses mainly in the conception of space and its human impact. Grown up in the Mediterranean, his relation with the natural light, the volume, the materiality and the landscape is subconscious.

He is a licenced Architect in Greece since 2007. 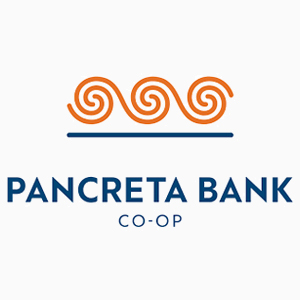